Rachel’s house was small. It was the last house at the end of the street. A typical square building with a triangle on top. When Rachel’s dad died years ago, Jilly used the money she got from the insurance company to pay for the house in full. It was just the two of them now, but at least they didn’t need to worry about money anymore.

Jack had come over after school like he usually did. Their friendship was understated. They didn’t play together like the other kids, but it didn’t matter. Reading, watching old tv and slowly talking in the garden was enough.

‘Funny how Miss Prichard looks at you’, Rachel said. ‘I think it is to see if she’s saying the right things to the rest of us. She knows that if you don’t get it then we won’t’.

Jack learnt things quickly. He’d always liked school because it came naturally. The school part anyway. ‘I’m not sure, it’s like she watches everyone’ Jack muttered, trying to brush off the backhanded complements.

‘It’s time to go’ shouted Neil, who was in the other room with Jilly. Neil had been at Jillys house before Jack arrived after school. Jilly and Neil had become friends since Rachel’s dad died.

The door slammed behind them as they left. Rachel watched them both leave from the upstairs window. But as she turned around she spotted the work Miss Prichard had left Jack for tomorrow. Without thinking, Rachel stuffed Jacks work in a bag and raced out to catch up.

When she got to Jack’s house, the back door was slightly ajar. She used the back door to get in most of the time – but it was usually locked. She knocked, but no one answered so Rachel strode in and up the stairs to Jacks room at the top of the house.

It took Rachel a moment to understand what was going on when she got to the top. A muffled voice that sounded like Jacks was moaning into a pillow as a hard hollow sound repeatedly cracked down on what sounded like skin. Rachel froze but not on purpose. She’d never heard a sound like that before – her gut told her what it might be.

‘Jack?’, Rachel called his name from the landing – setting herself to rush in. But the sound stopped and then the door slowly opened and Jack came out. ‘Ah I left it, damn, sorry’ said Jack. Despite his bloodshot eyes, jacks voice was settled. ‘Are you ok’? Said Rachel ‘I thought I heard …’ every thing is fine thank you and thanks for bringing this over’. ‘Ok’ said Rachel.

Jack found these days hard. Hot days by the river where he might have to take his clothes off in front of his family and Rachel. It didn’t make it any easier that Rachel knew something was wrong.

‘What’s wrong jack?’ Asked Rachel. ‘Nothing’ said jack. But there was something. Not eating had been his safety. Within his control. When everything else felt like it was changing, only jack could say what he could eat. Being 14 wasn’t easy at the best of times. The small town where jack lived had one big school and that big school didn’t work well for boys like jack. Now ‘Sticky Jacky’ or ‘Skin Thin Jacklin’ might be seen without his trademark dirty black T-shirt.

‘Come in it’s not deep’, said Rachel. ‘I can swim you know’, said Jack. But jack stayed on the ground next to the tree that the 4 of them had settled near.

Rachel lived next door to Jack in their small town near Doncaster. Her mum, Jilly, was the kindest lady he’d met. She was always wearing a dress and always smiling. Rachel had never met her dad before, but it didn’t matter because Jacks Dad offered to spend lots of time with Rachel and Jilly.

‘Is something wrong jack?’ Rachel was in the water now and looking for someone to be with. ‘I’ll race you to this tree if you are quick enough!’. Jack wasn’t concentrating on Rachel. He wasn’t even looking at the river. In fact, for such a young boy, the only direction jack seemed to look was inward. But despite whatever was going on in Jacks mind, he took his shirt off slowly and walked towards the waters edge.

The spot they’d picked was away from the others people who had parked their cars. They’d walked further along the track to a green square in between trees that created shade on the nearest side of the river. On the other side, yellow and green fields spread themselves into the distance. The shallow water of the river shone light blue. You could see stones through it. It was a like a postcard. Like a place Rachel and Jack might go someday.

Jacks feet touched the water edge and the chill made its way up Jacks body. His arms were crossed far enough that he cradled both elbows with his hands. The structure of his body served its purpose – a sort of crumpled protection. And as the sun shone down through the sprinkled leaves overhead, jacks pale white skin seared in the red heat.

Rachel, always thinking of others, made an effort to keep talking to jack as normal – without looking at him or his body. Rachel always did this type of thing. She knew how to do the small things that could make people feel better without them knowing. But as jack got further into the water and began to uncross his arms, Rachel couldn’t help but notice the streaks of red across his stomach. They looked like lashings, bruising too. If jacks frame had been any larger – there is no way his arms would have covered up the damage.

The day would pass slowly. Jack crouched over the trunks of trees and Rachel chatting and exploring nearby. All the while, Jilly and Jacks dad Neil spent time on their own too. They seemed to enjoy letting Jack and Rachel do their own thing. It wasn’t the first time the 4 of them had come here, and it wouldn’t be the last. But it would be the only time Jack remembered this piece of grass and river with happiness. The coming months would reveal what he had been most afraid of and what he hoped Rachel would never see. 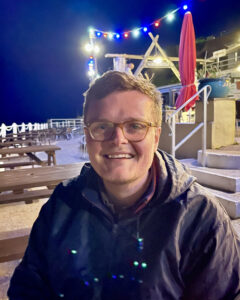 I am the Co-founder and CEO at cord.